We have all read the book "Alexander and the Terrible, Horrible, No Good, Very Bad Day". Alexander seems to have had everything wrong possible happen to him- at least in his school-aged mind, and he has determined that it is the worst day ever. Saying that you are having a "bad day" is almost a defeatist attitude.

I personally do not allow that phrase in my house, mostly because if we have already defined the day as bad, it must continue to be bad. In close quarters, if one of six of us is having a bad day, all six of us are affected. That makes life miserable for me. Therefore, no bad days are allowed.

Bad experience? Sure. Bad moments? Certainly. Bad attitudes? You bet. These things can be turned around. But saying it is a bad day at 10:00am is a recipe for disaster.

This morning we discussed Paul's appeal to Caesar and his travels, where there seemed to be a trail of disasters. After being shipwrecked at Malta, a viper fastened on to his hand, so Paul shook it off and went on with his work. The natives expected him to swell up and fall down, but nothing happened, so they thought he was a god.

Our morning discussions are quite interesting and unplanned, and this one in particular had me thinking. I said, "What if we could just shake off anything bad that happens to us? What would life look like?"

I have to take a break here and explain- I am not saying that anything of the sort is simple. But if we study and believe what the Bible says, I think it is very clear that it is possible. In fact, it is how God wants us to live, in complete trust of His protection. So, I am not teaching my children that is how I expect them to live, but suggesting the idea of it and imagining what that would be like. That is where we begin.

The children looked skeptical, maybe even confused. So I asked, "Did Jesus ever have a bad day?"

"The day Lazarus died?"
"That day allowed Him to show His resurrection power to the people, and Lazarus was eventually raised from the dead.  Was that really a bad day?"

Bad things happened to Jesus, and yes, he cried. However, he was never defeated.

That attitude is something I'd love to see develop in my children. 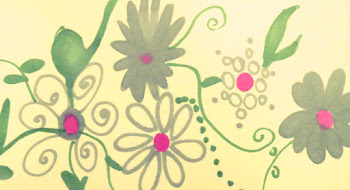 Now godliness with contentment is great gain....pursue righteousness, godliness, faith, love, patience, gentleness....command those who are rich in this present age not to be haughty, nor to trust in uncertain riches but trust in the living God, who gives us richly all things to enjoy. Let them do good, that they be rich in good works, ready to give, willing to share -from I Timothy chapter 6